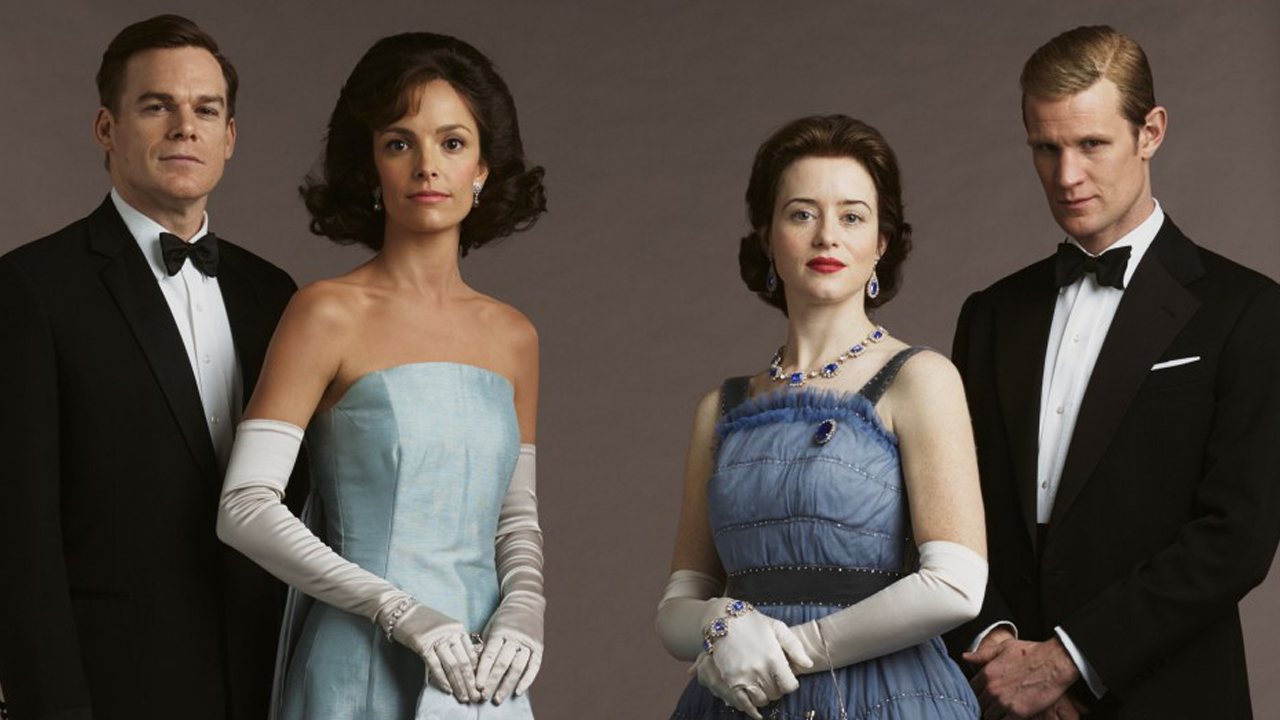 This week we are cracking out the bubbly as we officially received our Emmy (Television Academy) Award for costume work on The Crown Season 2 ‘Dear Mrs. Kennedy’ episode.

In the hotly contested category “Outstanding Period Costumes 2017-2018” we helped beat out stiff competition from the likes of The Marvelous Mrs Maisel, Outlander, The Alienist and Genius: Picasso. We are extremely honoured to be acknowledged for the wonderful pieces for Jane Petrie and her incredible team on the show.

The episode in question called for our technical know-how and precise attention to detail in order to craft impeccable evening wear and court dress to match performances of the highest calibre, such as Matt Smith’s Prince Phillip.

We are all very excited for the return of The Crown Season 3 to our screens later on this year. Although the new season will feature an all new cast, they will once again be elegantly dressed with the help of our bespoke department.