This season we have developed some new additions to our outerwear range, and are excited to introduce our brand new Mariner Jacket.

A nod to our nation’s seafaring history, the Mariner is proudly made here in the United Kingdom utilising exclusively British components.

During the early 19th Century, sailors and fishermen were known to smear their clothes with oil for protection from the cold and continuous ocean spray. One particularly insightful matlow, Edward LeRoy realised that worn-out sail canvas could be repurposed for this. He devised a method for painting the fabric with a mixture of linseed oil and wax to make it waterproof and tough enough to be worn on deck as foul weather gear. By the 1830s the “oilskin” as it was now known, had become essential attire for sailors, fishermen and lifeboatmen in rough weather on the high seas.

Our raglan sleeved, hooded coat honours this tradition by using the refined modern offspring British Millerain, a tough lightweight waxed 100% cotton fabric. It is lined with another English stalwart: 100% merino lambswool flannel from the legendary Fox Brothers of Somerset. Finished with sculpted facings, the Mariner adds an internal drawcord to its zipped and popper closed front for a more secure functional fit.

Available to order online and in in-store now. 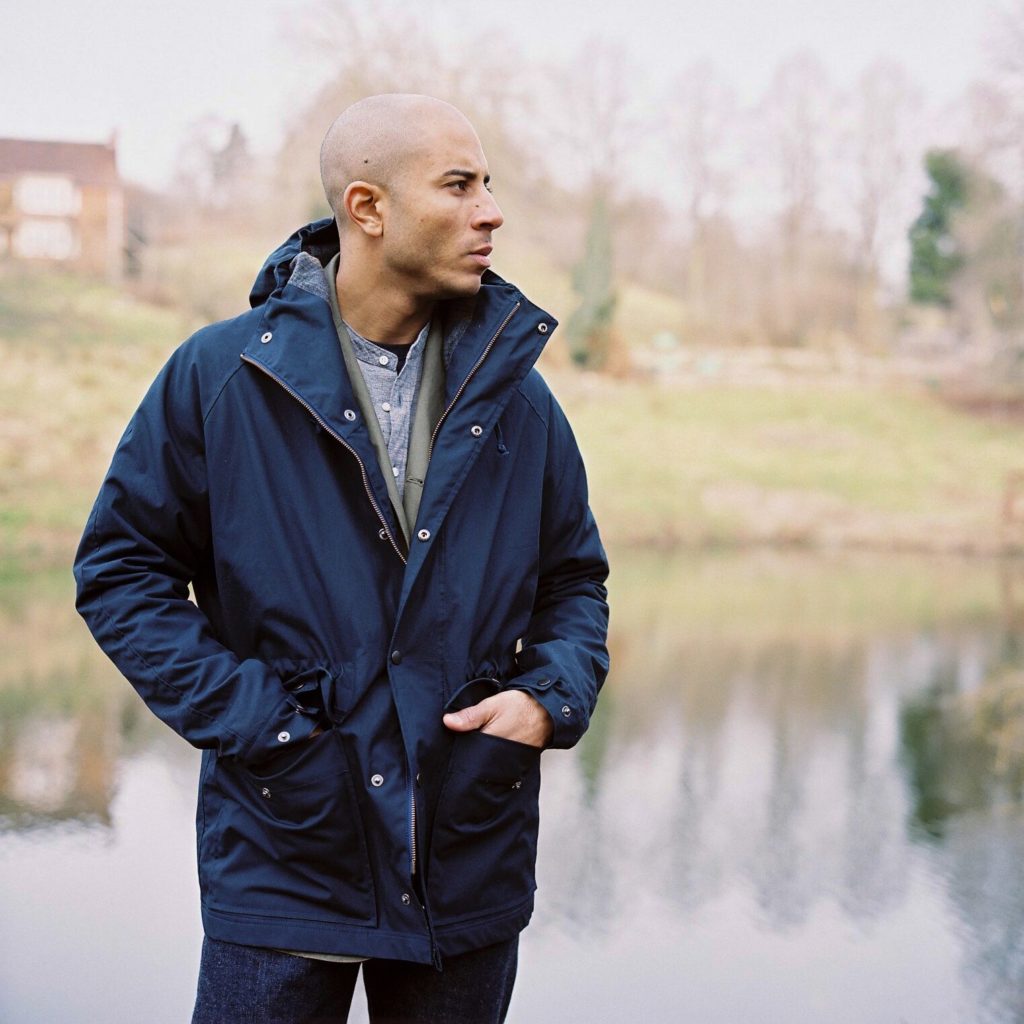 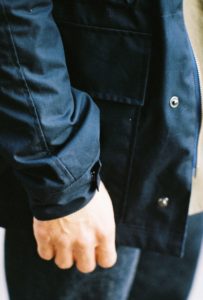 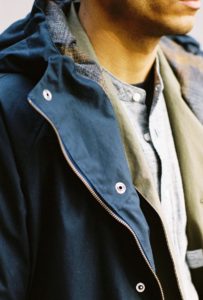 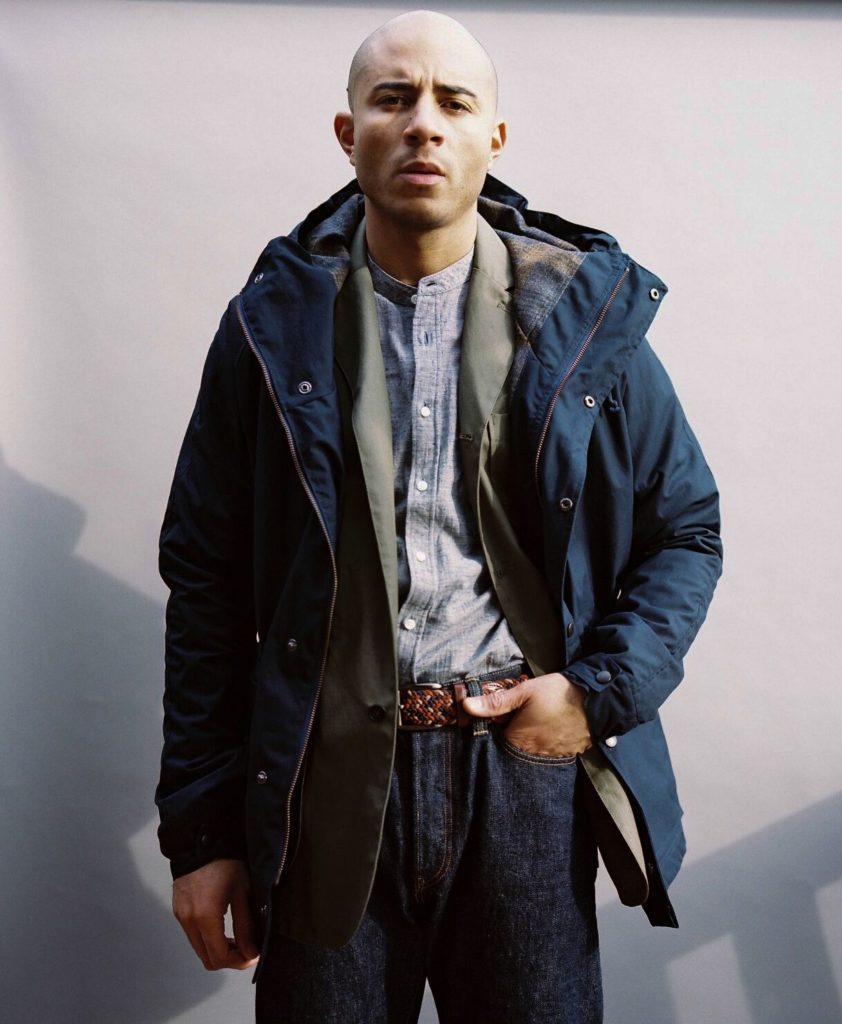