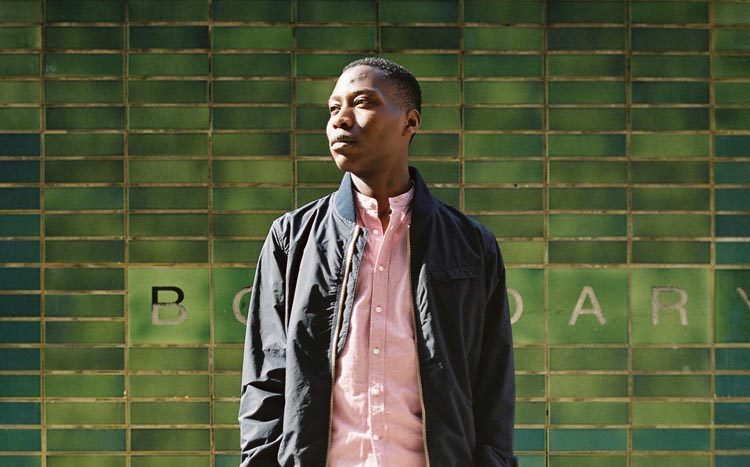 It’s always tricky at this time of year to find a jacket which will see you through, as you can step out of the front door to glorious sunshine and arrive in the office in a downpour.

Our Design team have reworked our classic Bomber jacket for the Spring/Summer season. Lightweight and comfortable to wear, it can be thrown on over a tee on warmer days or layered over a thicker jumper with ease due to its relaxed fit. It comes in the classic colour options of Navy, Beige and Olive.

The Bomber Jacket is a versatile classic, which no wardrobe is complete without. Favoured by some of history’s leading men, from Presidents to rebels, the Bomber Jacket will never go out of style .

The history behind this iconic design dates back to World War I, when most aircrafts did not have an enclosed cockpit, resulting in pilots needing to wear something suitably warm. The original design was created in September 1917 by the U.S. Army’s Aviation Clothing Board. So, at 100 years old it is safe to say the Bomber Jacket has stood the test of time.

Come World War II flight tech and aircrafts had evolved, they could fly faster and higher and the original leather and fur design was updated into a lighter wool and waterproof nylon combination. After the war, around 1949, an orange lining was added to issued Bomber jackets to help with rescue visibility in the event of a plane crash where the jackets could be turned inside-out to attract attention. Newly invented nylon was used for the body of the jackets, due to its unrivalled waterproof properties at the time.

The Bomber Jacket rose to popularity as a fashion piece via the silver screen, with icons of film adopting the jacket for iconic roles including Marlon Brando in A Street Car Named Desire in 1951, Steve McQueen in The Great Escape in 1963 to Tom Cruise in Top Gun in 1986.

James Dean famously styled his Bomber with a classic ivory tee and jeans in Rebel Without A Cause in 1955 (below).

The French actor, Alain Delon paired his Olive Bomber in To Catch A Thief, 1965 with a pair of navy chinos (below).

More recently, we created a Bespoke Bomber Jacket for Henry Cavill when he played the role of Napolean Solo in The Man From U.N.C.L.E in 2015, as seen in the film still below. Our team crafted this from a navy micro tonal check 9oz worsted wool.

Why go for our Lightweight Bomber Jacket? Ours features ergonomically designed shaped sleeves with two darts; our arms have a natural curve when standing straight, so this shaping means the sleeve is tailored for this which eliminates creasing at the inside of the elbow. The jacket is also self faced with contrast coloured bound internal seams, a double ended zipper and an out breast welt pocket with covered opening to keep the contents dry.

If you would like to follow Henry Cavill’s lead, we can create something Bespoke for you too. To book an appointment with one of our Tailors, please email bespoke@timothyeverest.co.uk or call +44(0)20 3802 7011.