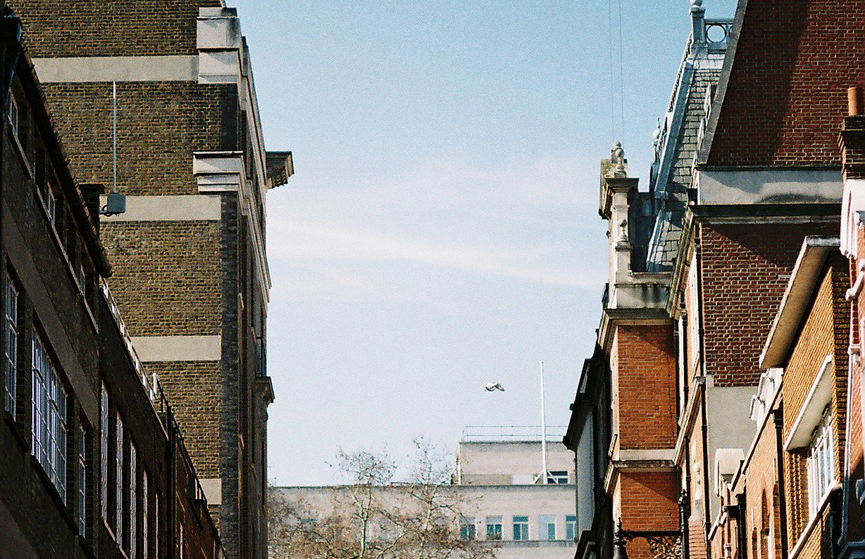 As you may have gleaned from these communiques on The Digest – we have been missing our stores. We also missed the neighbourhoods they find themselves in. Our Bruton Place shop is tucked away in an old mews in Mayfair, the worn cobblestones the liveried horses would trot over to their stables still visible underfoot.

Mayfair was still a rural village on the outskirts of London when development started in the 17th century. A stone’s throw from the Tyburn, the monstrous site of public executions, the great and the good started building lavish homes there laid elegantly around green squares. We have been lucky enough to have made our home here since 2003.  There’s still a genteel village atmosphere in the air despite the nearby thoroughfares of Oxford St and Park Lane, and our little corner of the world has a fair few little gems we have missed during the working week. 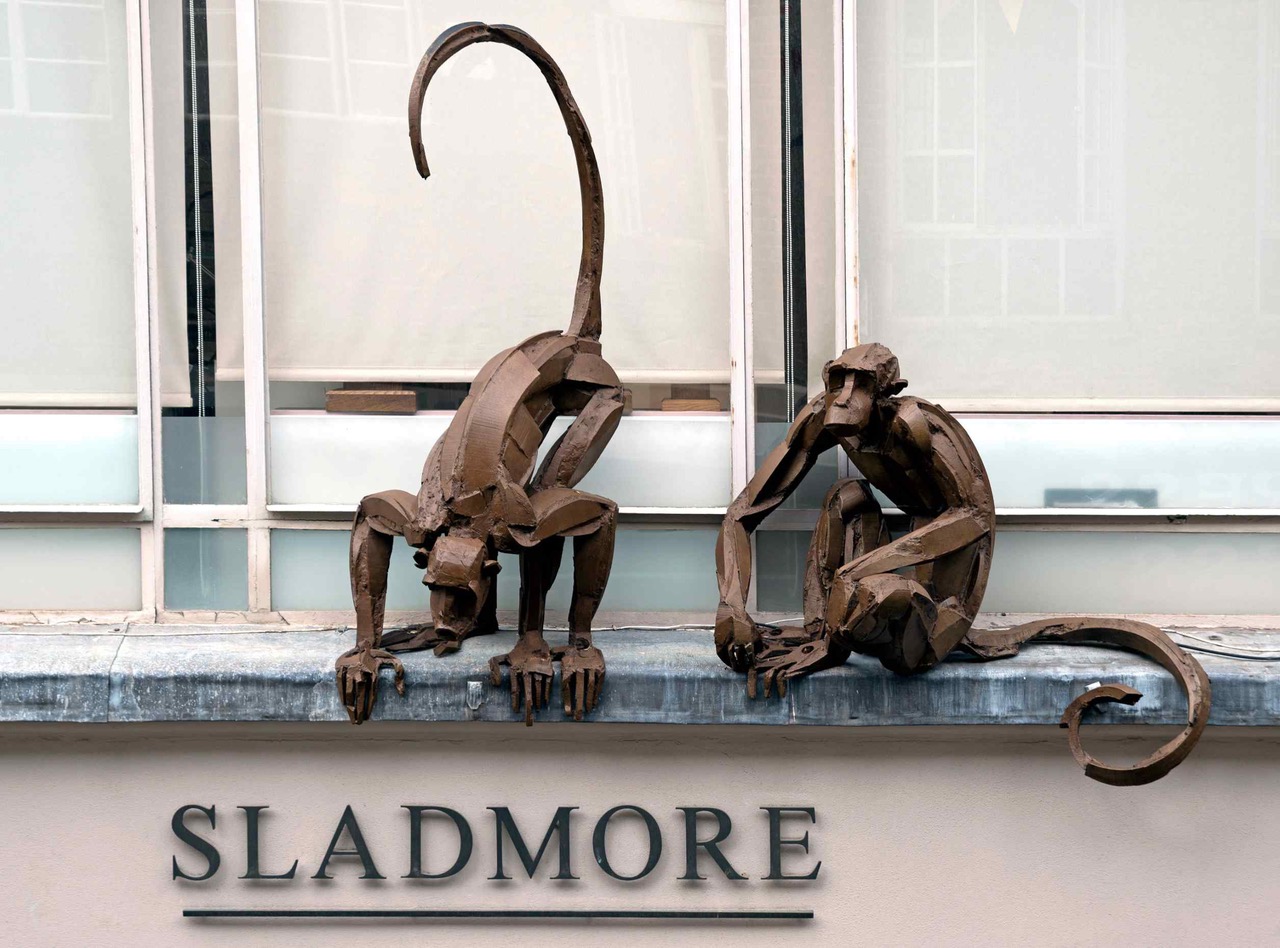 Originally opened in 1965 with a commitment to showing the best in late 19th and 20th century sculpture, our near neighbours now specialise entirely in modern work; The Rodins and Degas shipped over to the sister gallery on Jermyn St. We’re always captivated by the outlandishly sized equine sculpture of Nic Fiddian-Green, one of the gallery’s most recognisable artists. Their website is continuously updated with new video footage of Sophie Dickens, Mark Coreth and many more and has a fine archive of artists to peruse. 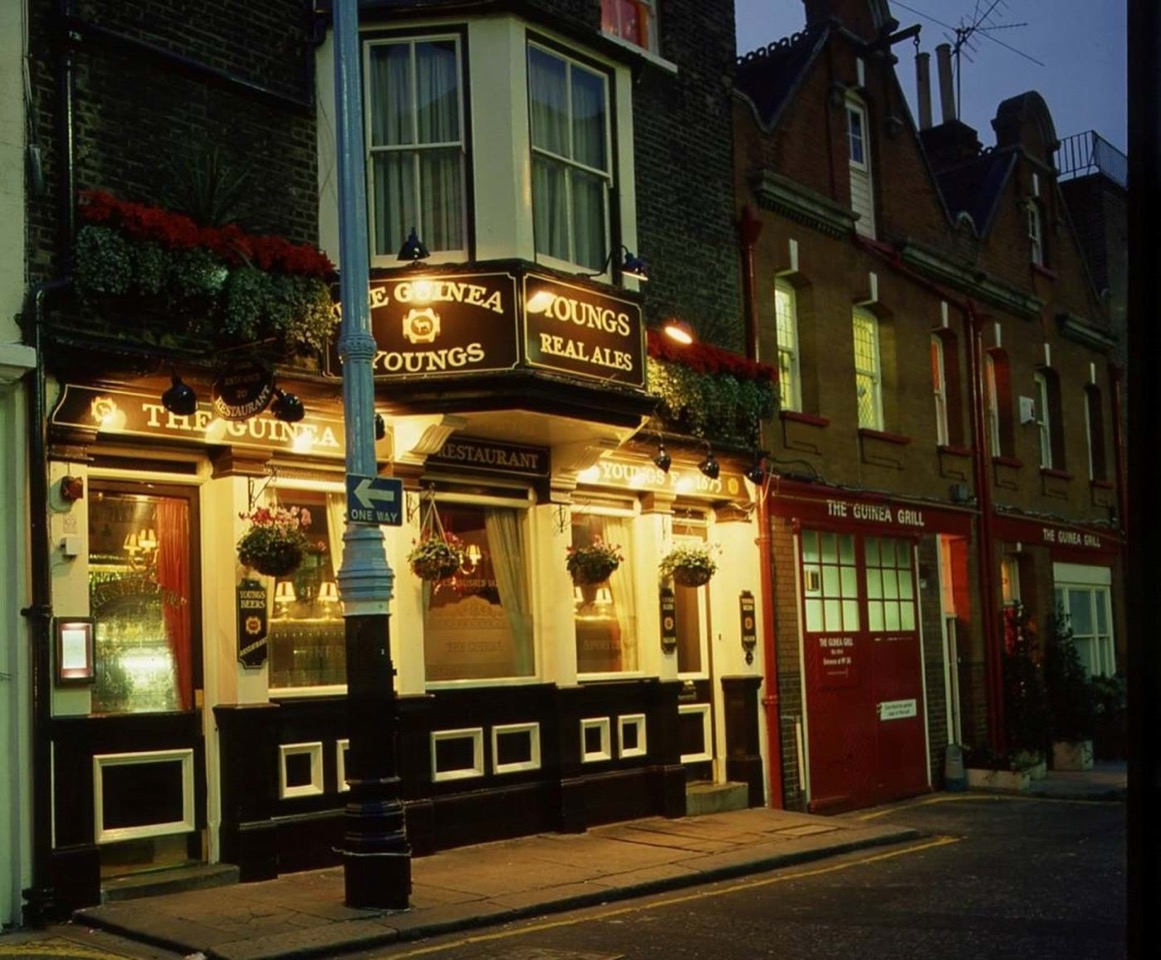 Another stalwart of the street, The Guinea has been serving reassuringly traditional British fare in this very spot since 1952. Heavy, and we mean heavy, on the meatier side of things, the steaks are the stuff of legend, their mixed grill “the sort of thing tourist buses should stop in front of” as The Guardian’s Jay Rayner so eloquently put. Here they share menu space with other no-nonsense standards as Beef Wellington, Steak & Kidney Pie and Prawn Cocktail for those unfortunate to have showed up without the appetite of a trencherman. 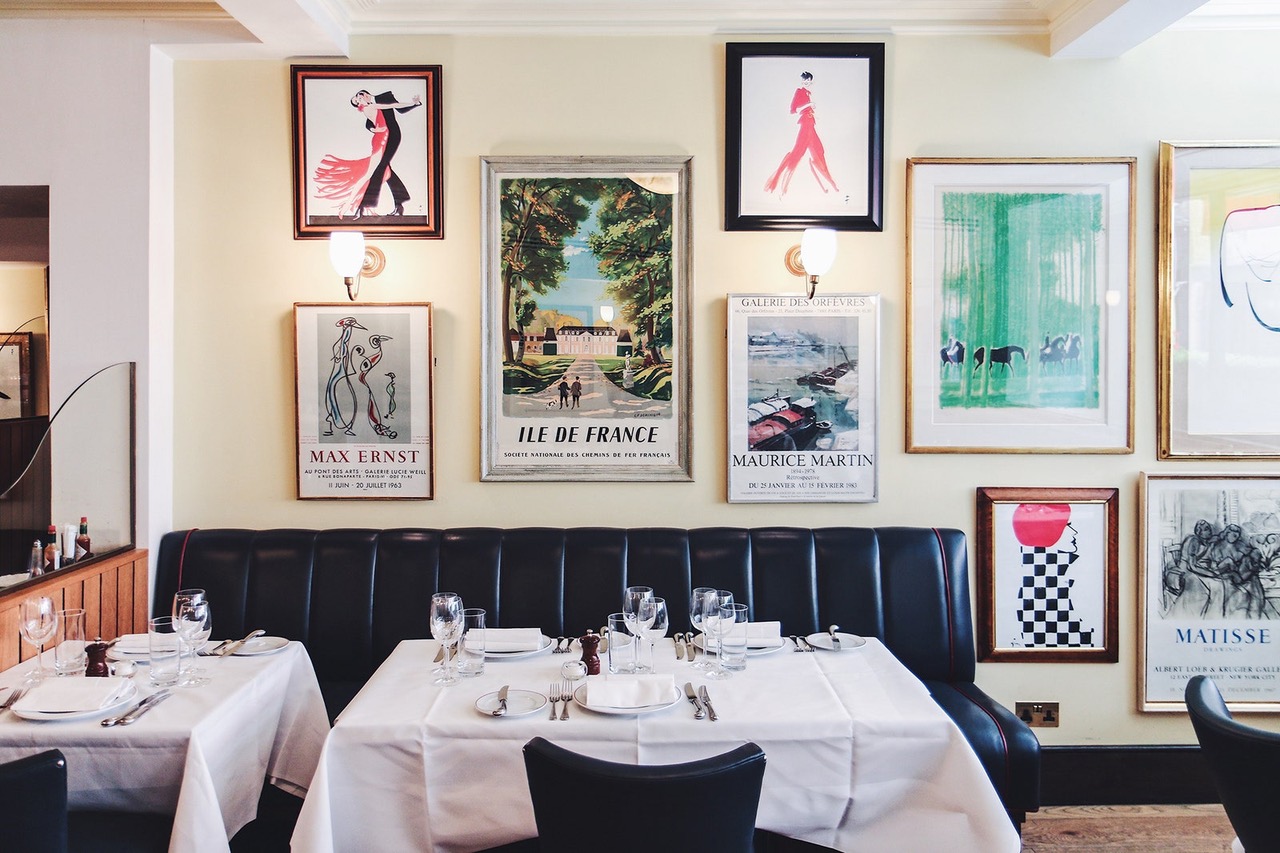 Rather like ourselves, Bellamy’s is a relative newcomer to the street. It’s hard to believe this brasserie has been here a little under two decades, its easygoing unpretentious nature makes it feel like it’s been here forever. While the Anglo sounding name seems to belie the classic French cuisine on offer, it’s a rather lovely play on words: Bellamy’s / “bel ami’ – the handsome friend in its mother tongue. The very fortunate may even find themselves rubbing shoulders with patrons regal, as it is said this is the only public restaurant the Queen has ever dined in. Twice. 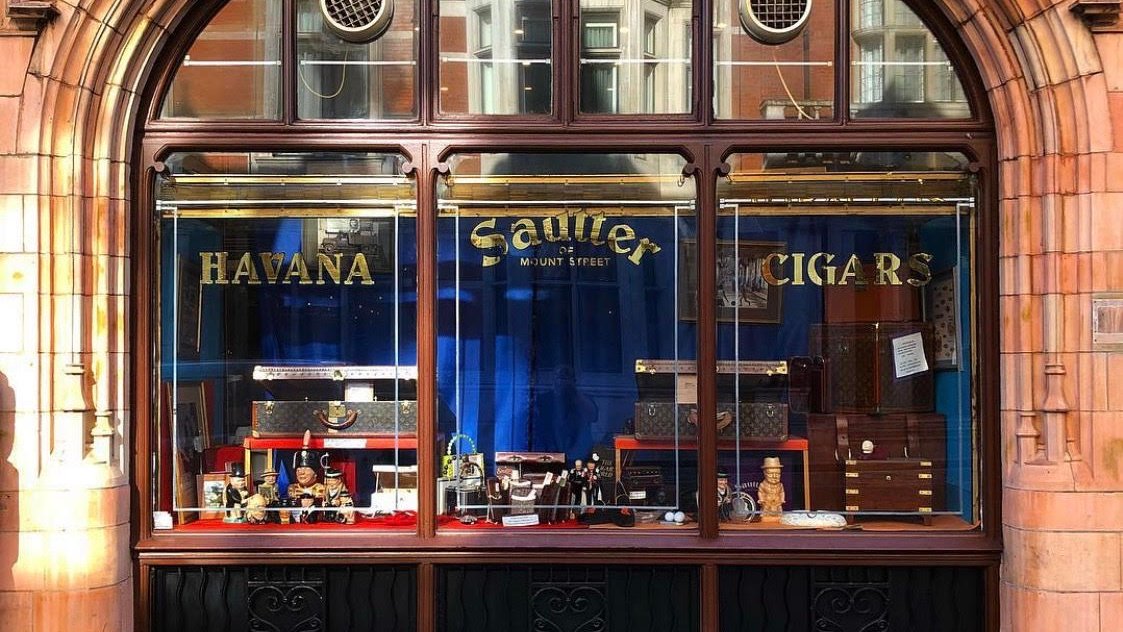 What could be more apropos than a quick stroll after lunch to Mount St for a cigar from Sautter’s? It was the 1961 when cigar importer Desmond Sautter set up shop in the street, specialising in rare and vintage cigars from Cuba. His location a boon for the American tourists stationed opposite at The Connaught Hotel unable to get their hands on Cuban cigars at home. Experts in all things tobacco related, with a rather nifty sideline in antiques, accessories and indispensable knowledge. 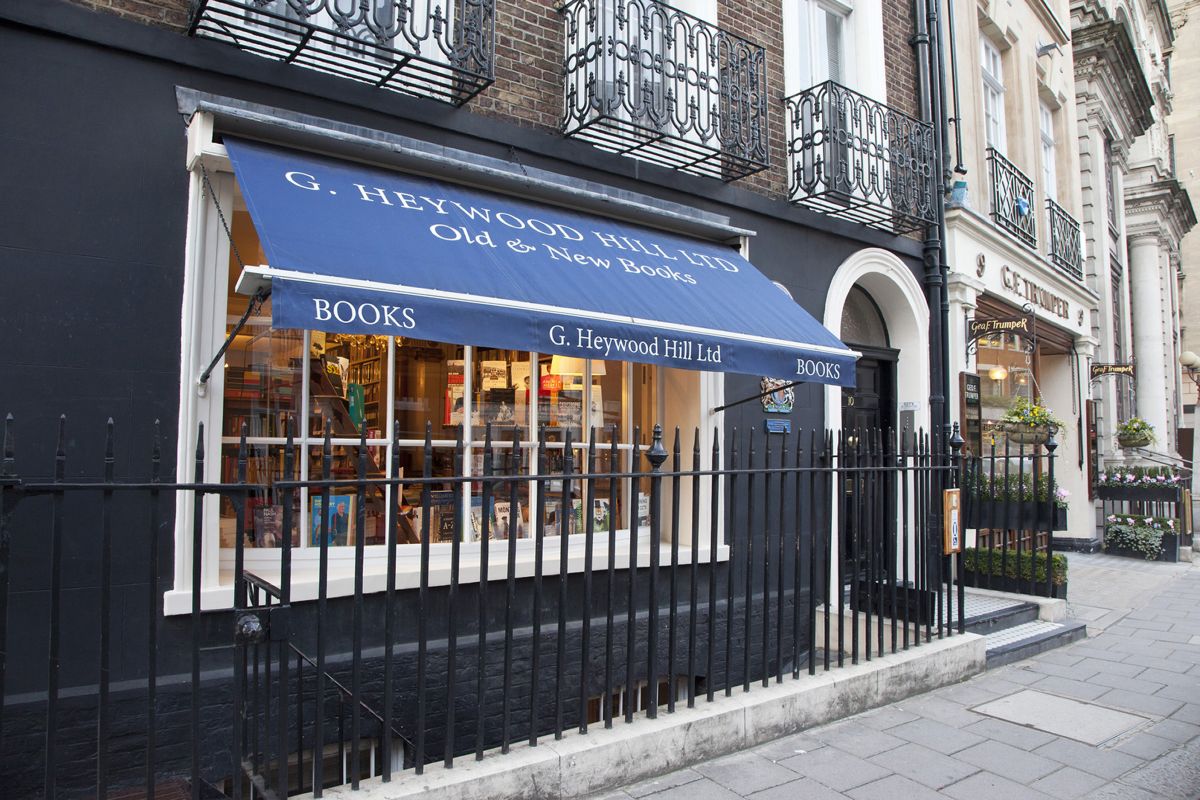 Just like George Smiley in Le Carré’s Tinker Tailor Soldier Spy, we like to to head over “for Heywood Hill’s bookshop in Curzon St, approaching with a merry heart.” It’s impossible not to love this bastion of pre-war Mayfair where antiquarian travel guides rub spines with first editions and best sellers. Current owner Pereguine Cavendish’s famous aunt, Nancy Mitford, wrote semi-fictiously of her time spent working behind the counter here in both The Pursuit Of Love and Love In A Cold Climate and her English Heritage Blue Plague hangs outside as testament.