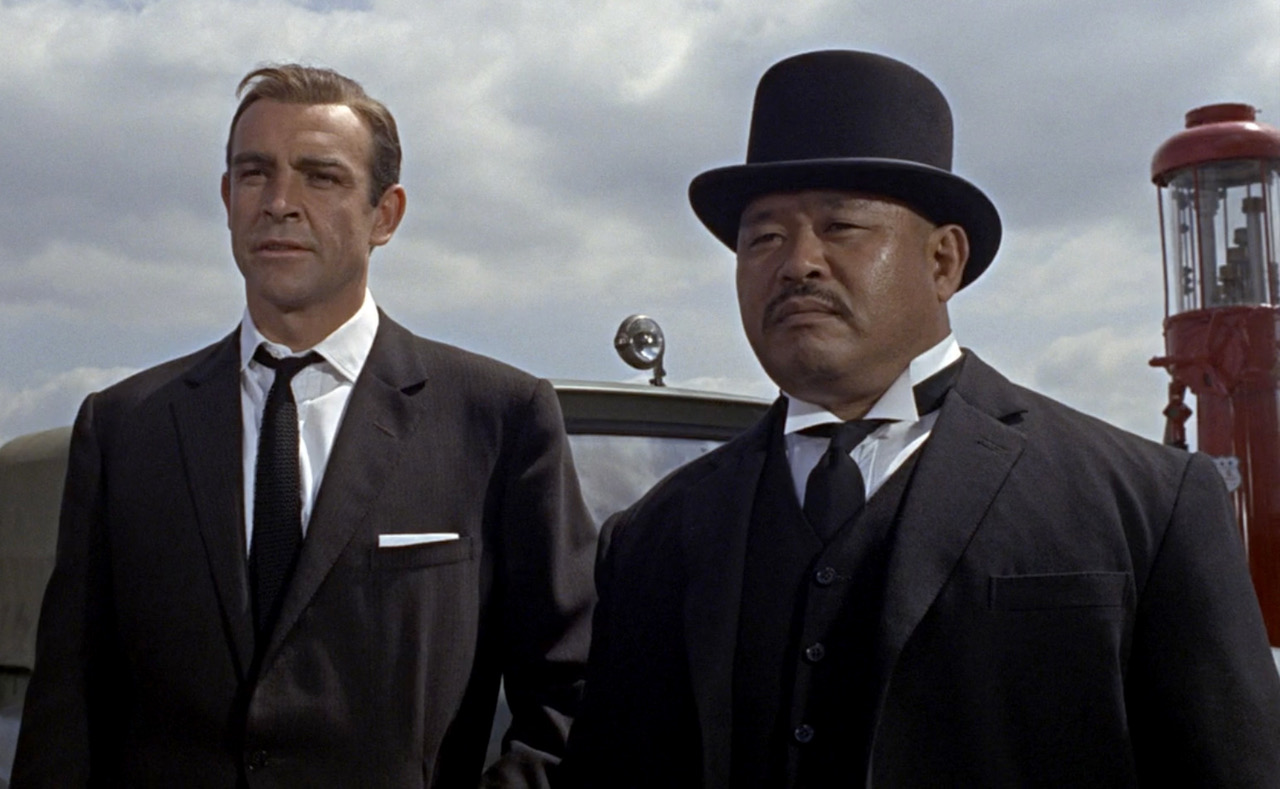 James Bond is the quintessential British hero. Much has been written about everything from his drinking habits to his wardrobe to the most central question of all: which actor played him with the most aplomb?
But what is a hero without his nemesis? For our penny’s worth, a decent James Bond film is only as good as the villain he faces.
With the news that the latest chapter in the Bond franchise, No Time To Die, will finally be released worldwide in November, we were more excited than most, as we will finally get to see some of the fruits of our labour. Once again, our bespoke department was asked to make some of the suiting you will see on the big screen.
We thought we should give ourselves a little reminder of some of the archetypal baddies that have proved a match for 007 over the years. 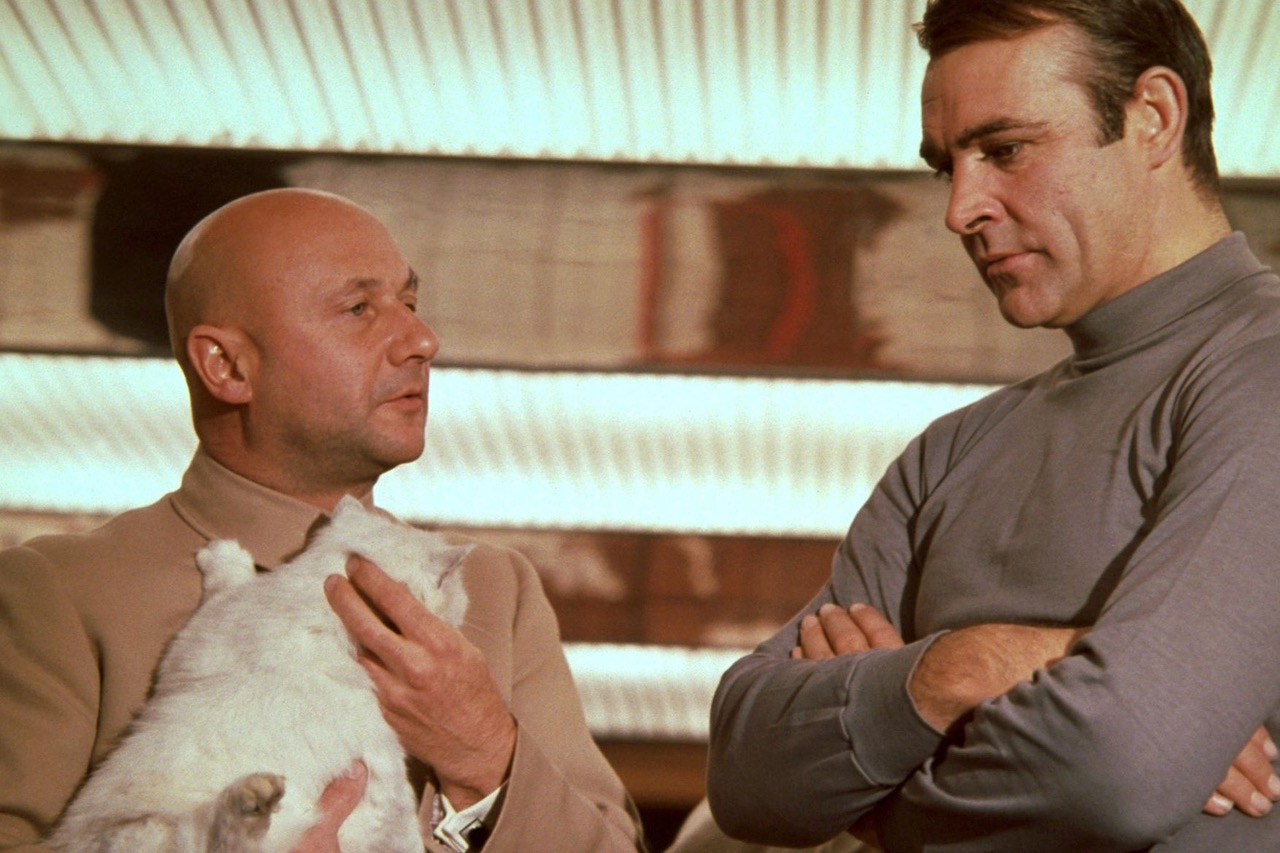 Blofeld will always be the villain’s villain in the Bondiverse. While big screen giants from Max Von Sydow to Telly Savalas and Christoph Waltz have all tried their hand at SPECTRE’s Number 1, Donald Pleasance’s duelling scar and white cat remain the icon of the series, and Sean Connery’s greatest adversary. Nearly every cinematic ‘evil genius’ that has come since owes something to Mr Pleasence, whose utilitarian uniform of buff Calvary Twill Mao suit conjures up dictators, despots and America’s bête noire of the sixties: Communism. 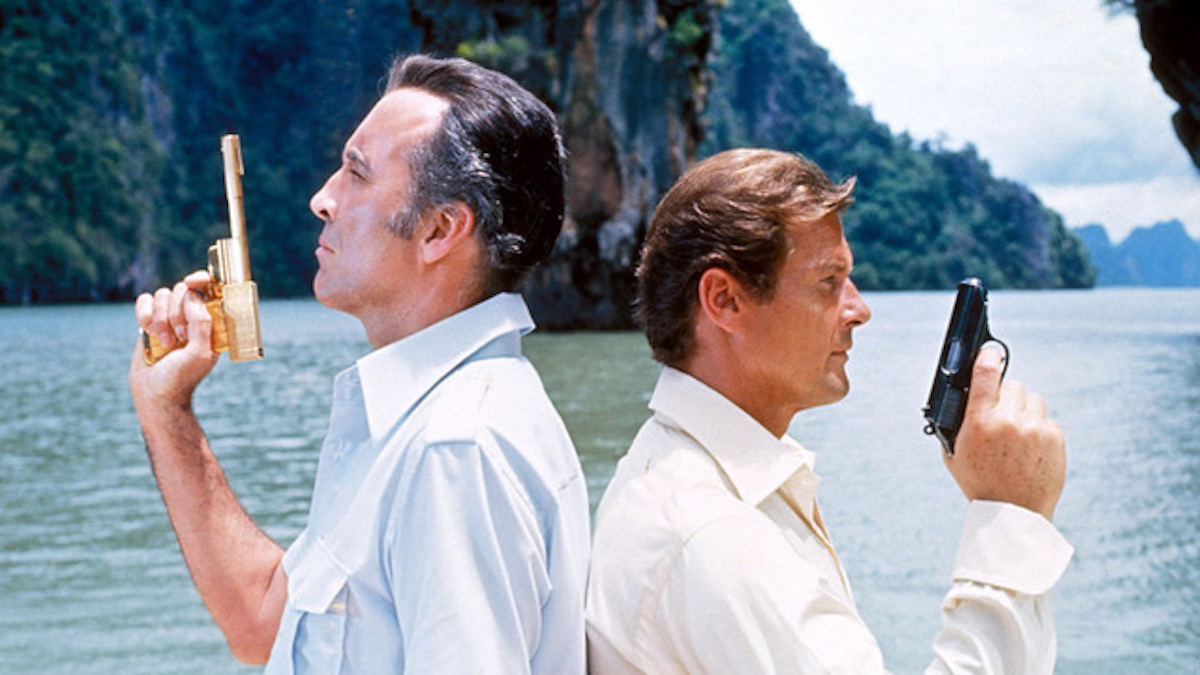 FRANCISCO SCARAMANGA – The Man With The Golden Gun (1974)

Hammer Horror veteran Christopher Lee is positively diabolical as the world’s most highly paid assassin and titular Man With The Golden Gun. While the film is often dismissed as a little too camp and corny, the exotic Far Eastern settings and timely energy-crisis plotline are prime early 70’s fare, with Lee bringing the correct amount of arrogance and menace to the proceedings. And those outfits! The tropical weight off white leisure suit with black tie, and powder blue half belted safari shirt with patch pockets and flares have international playboy written all over them. Throw in those white horsebit loafers and gold jewellery that transforms into a pistol and we’re talking peak 70’s luxe. 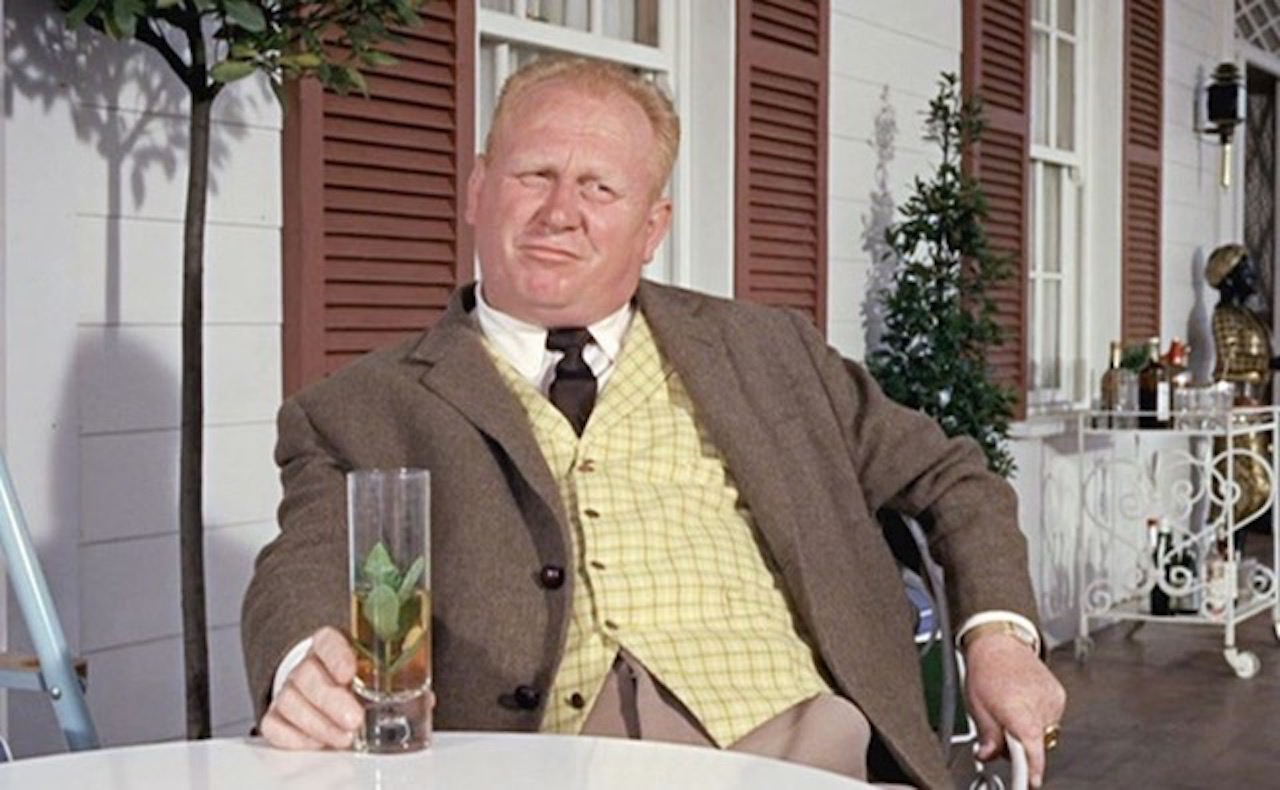 Goldfinger remains perhaps the cruellest, most sinister and certainly the most elaborate dispatcher of enemies that James ever squared up against, ably portrayed with a Germanic schadenfreude by Gert Frobe. His wardrobe reflects some rather outré choices for a seemingly conservative businessman’s wealth and taste, and the more eagle eyed viewer will notice everything he wears is in a gold (read yellow and brown) palette. From the chocolate tweed sports coat with tattersall waistcoat to the towelling cabana shirt he dons poolside in Miami. The piece-de-resistance however is the golden slubby Dupioni silk Tuxedo jacket he saves for evening wear. 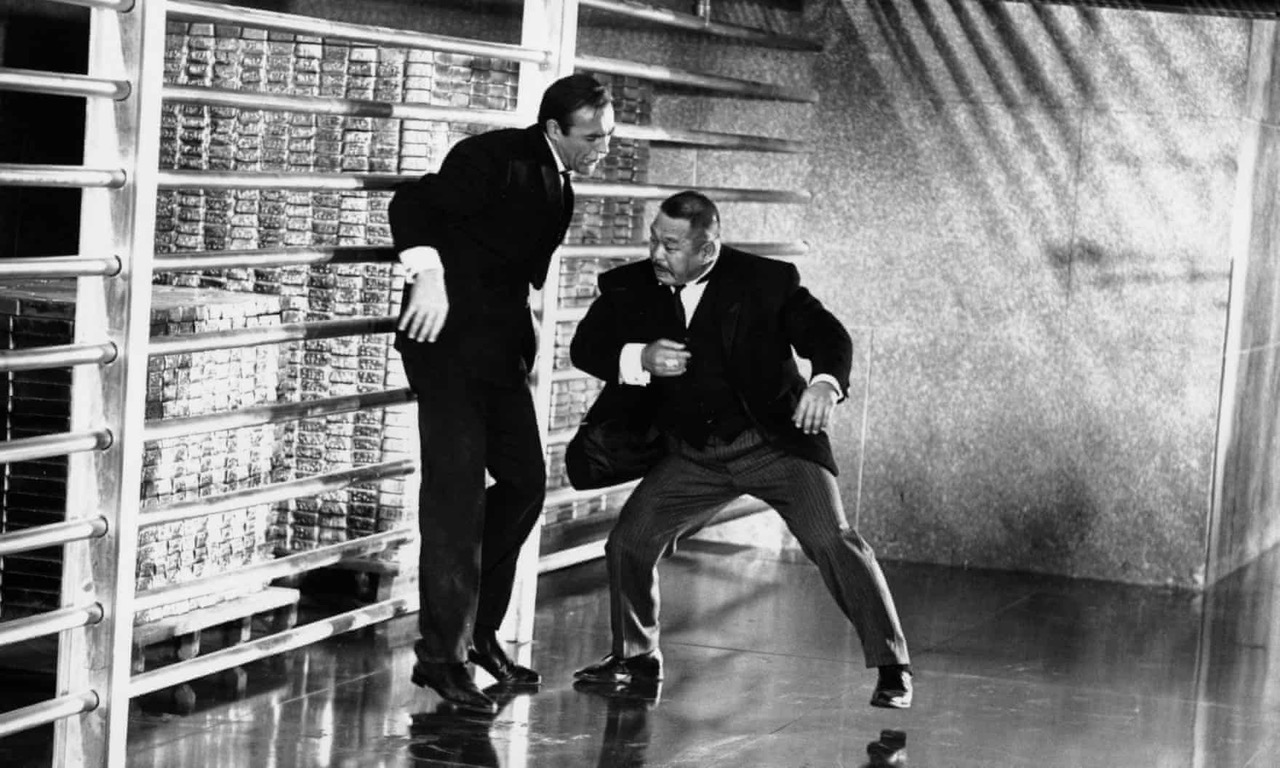 Goldfinger’s plus-sized henchman Odd Job cuts a fine figure in his black lounge suit with wing collar and black bowtie. An altogether well… odd choice to the modern watcher. Yet, spin back a few decades to pre war Britain, and this is the ensemble one would find befitting a gentleman’s Valet, a role normally reserved for those with less violent chores to carry out. The armoured bowler hat finishes off the look par excellence. 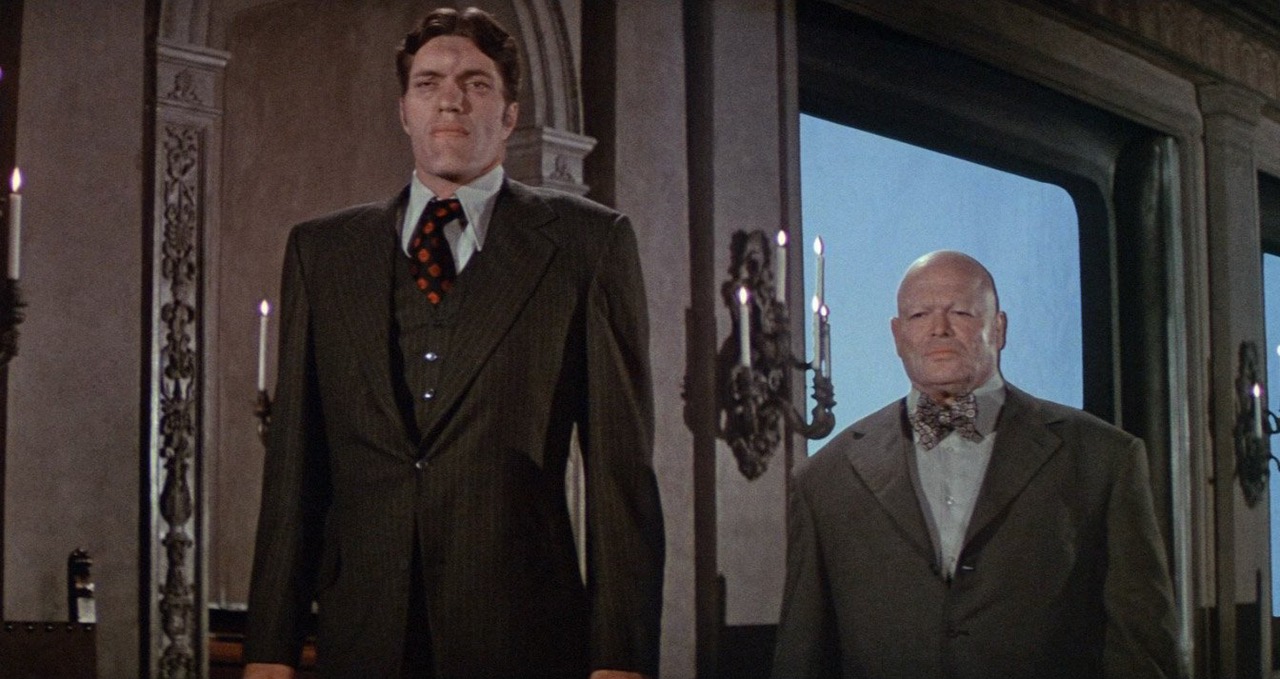 The most outlandish and (almost literally) larger-than-life of all Bond’s foes was originally supposed to expire ignobly at the depths of the shark tank in 1977’s The Spy who Loved Me, but after a test screening, the mountain of a man with his suit, tie & braces and outlandish metal teeth proved too much of a hit with viewers for a watery demise. 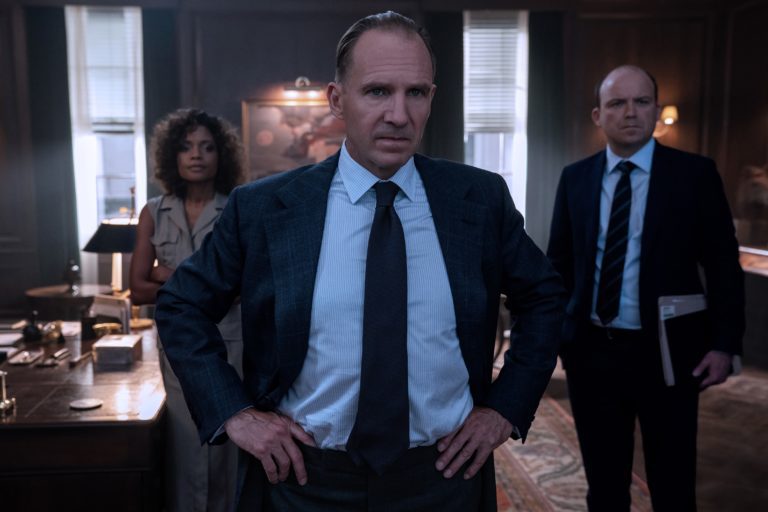