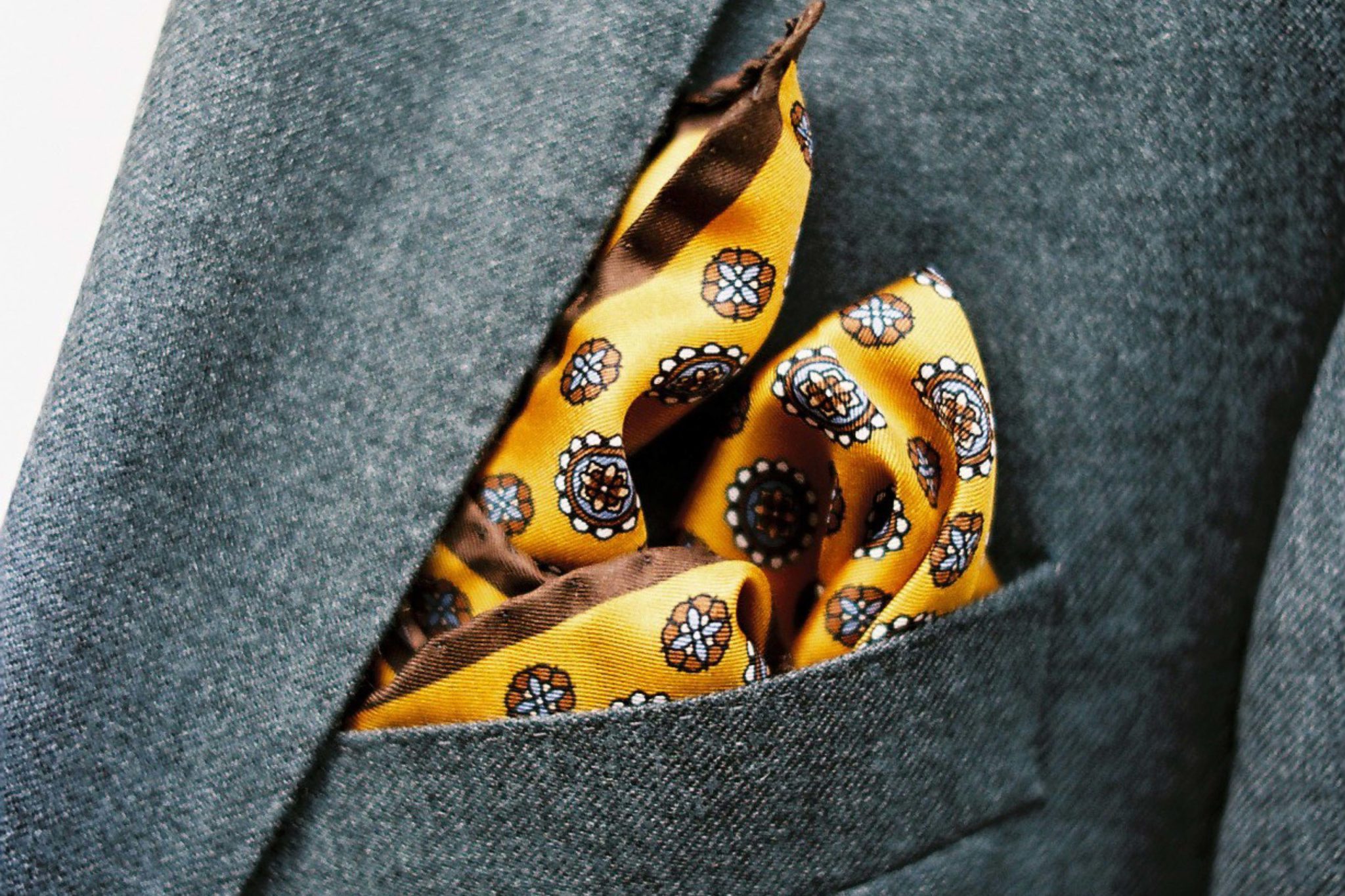 Hip to be Square

“Pocket squares are the greatest accessory because they have the potential to turn the most dull and conservative outfit into something a little bit more interesting”, so says Nathaniel “Natty” Adams, author of the essential tomes I Am Dandy & We Are Dandy (Gestalten Press), over a zoom call from his home office in New Orleans – “I’ve gotten so used to wearing one that if for some reason I forget, or if it falls out of my pocket, it pretty much ruins my mood for the rest of the day.”

It’s hard to argue with. Whilst men have been using handkerchiefs since the renaissance times, Erasmus himself even stated “to wipe one’s nose on one’s sleeve is boorish”, it was the formulation of the lounge suit in the 19th Century, and most importantly the ubiquitous presence of the breast pocket that gave the pocket square its display case. For in a time when suits tended to be drab affairs with very little difference in tone from gent to gent, the pocket square offered the opportunity to showcase one’s flair and individuality. As Alan Flusser put it in Dressing The Man, “In the Halcyon period of male elegance, one would be hard pressed to find a photo of one of the ‘boys’ without a properly dressed chest pocket”.

The first rule of Pocket Square Club is never ever match your tie and square exactly. The second rule is…well, you know the rest. As Natty sternly admonishes, “It looks hopelessly lame, and if you do that you’ll receive censure from any man who knows the slightest bit about dressing”. Be careful to contrast or harmonise both the colour and the texture of your tie and square: silky vs textured, matte vs shiny, etcetera. The rough bumps of a raw shantung silk tie with the sheen of starched linen square are natural conspirators for example, just as regimental stripes tee up with polka dots.

In terms of the fold you employ, let the weight and character be your guide – the stiffer the fabric, the simpler the fold. Light and breezy silks lend themselves to puffed flights of fancy, while the rich white cotton make a mean no-nonsense ‘TV Fold’ and convey a discreet authority – think Don Draper in alpha mode presentation mode. The rule of thumb of course is the air of nonchalance – nothing too laboured or deliberate looking, and let lapel and tie know dictate how much material should be on view. Harmonious proportion should keep you smart looking and free from overdoing it.
Shop Pocket Squares 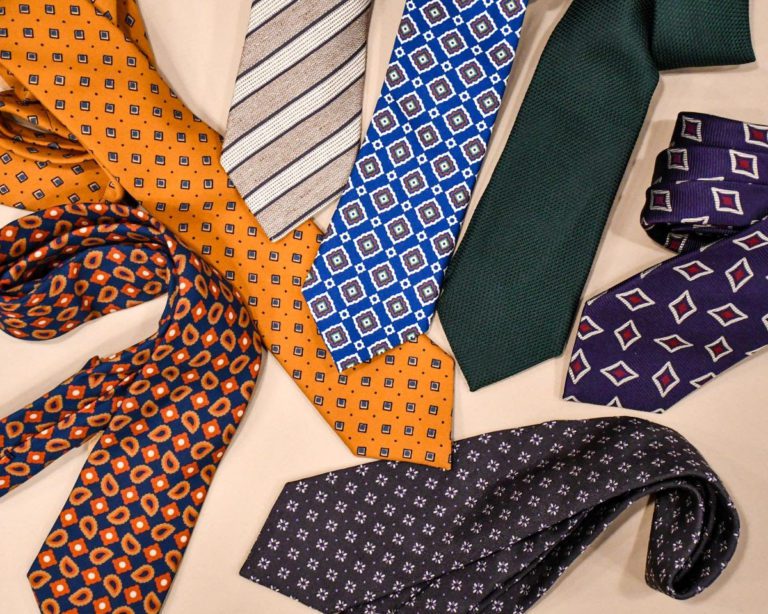 The Ties That Bind

In defence of neckwear 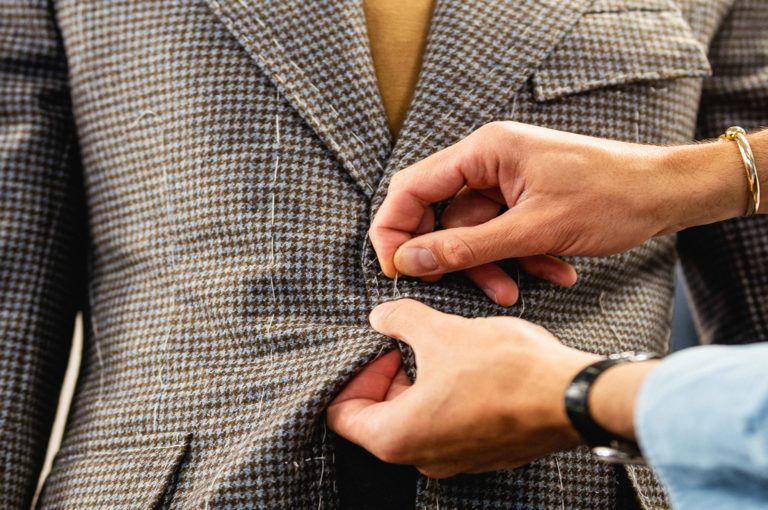 A Bespoke Sports Coat for Aleks