To our Greek and Roman forebears, the idea of wearing trousers was positively “barbaric”. Shodding ones legs was the sort of behaviour they frowned upon, a primitive practice indulged in by the horse riding so-called ‘savages’ of Asia Minor and certainly nothing that a ‘civilised’ man would be seen adhering to.

All this changed however, as the Roman Empire pushed north, taking up occupation in the rather chillier British Isles, their togas now somewhat futile against the bitter conditions. Learning from the better equipped Celtic locals, they took to donning Bracchae, a custom that lives on, etymologically at least, in the modern term ‘britches’. Trousers, pants, call ‘em what you will, were here to stay.

As modern men, we are many iterations and innovations down the road in trouser technology, but sometimes it’s nice to go back to basics a little. Enter our new Drawstring Trouser, pairing a handsome modern tapered silhouette with a simple, pyjama-like internal drawstring.

Modelled after our Flat Front Trouser’s tried and tested block, one can choose from a navy 100% linen, or a light grey cotton / linen mix. Angled side pockets and a buttoned, flapped back pocket complete the look, because all men, barbaric or civilised, have things they need to carry. 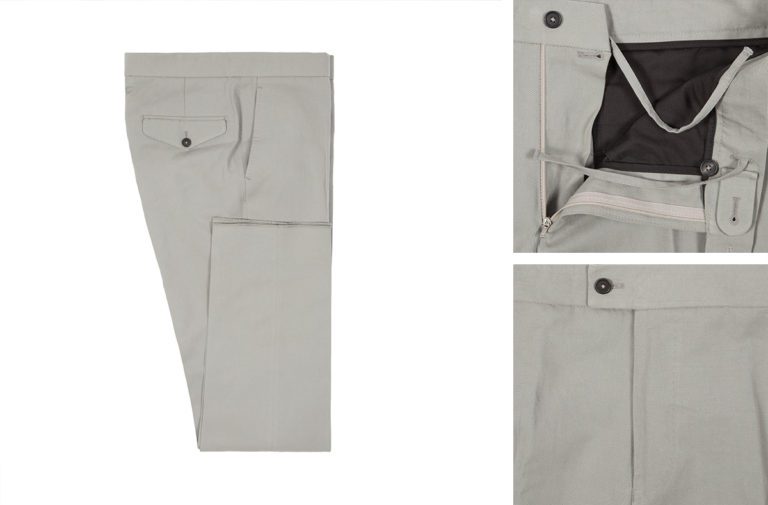